So, I’ve done a bit of podcasting and stuff in the past, and as such I have a reasonably nice USB condenser mic on a cheap anglepoise style arm. However, putting this on my desk in a position that does not get in the way is a bit challenging.

I also have a cheap monitor arm, which I have got mounted to my desk. The pole is just a 28mm diameter hollow pole with a plug in the end. I thought, why not remove said plug and attach the mic arm into that? I prototyped the solution by wrapping the end of the mic arm in quite a lot of card, and the solution worked pretty well!

So I threw together something in Fusion 360 which would go into the monitor pole, and hold the mic arm: 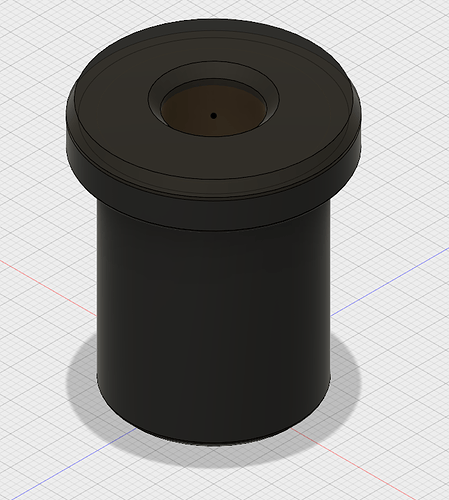 And then I went via 3D Hubs to ask @josef (hello!

) to print it for me, as I didn’t have any filament to hand myself, and wanted to try it in ABS. 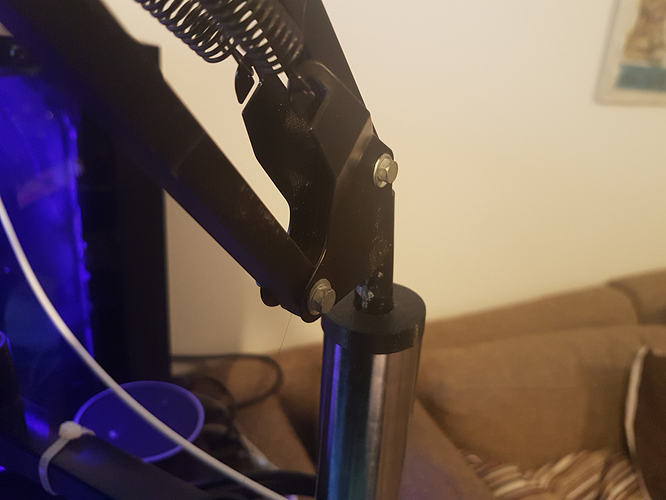 Unfortunately, I hadn’t taken into account the shrinkage, and the fit on the mic arm was much too tight (even after drilling it out, it was very much press fit), and the fit on the monitor pole was very loose. So I redesigned it, and removed a fair amount of material to make it a bit more thrifty to produce, whilst hopefully retaining it’s structural abilities! 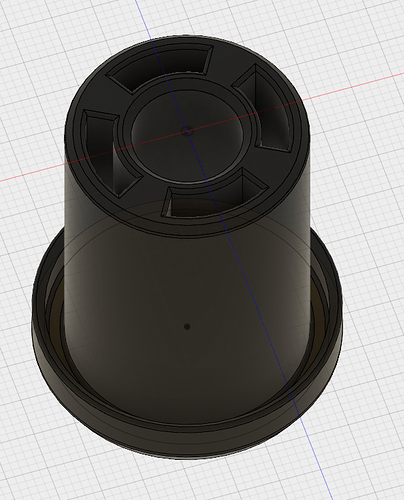 So I might try again! I’d quite like to try printing it myself on the SLMS Ultimaker, but I don’t have any filament to hand right now, and I don’t think anywhere is open to buy it on New Years Day… so it may have to wait… although I heard that there may be some recycled PLA filament that might be available in exchange for a review? @laurent_muchacho?

Will post updates here, as a nice example of some “problem solving” 3D printing

Finally got around to printing the tweaked design myself with our Ultimaker 2, with some Filamentive Recylced PLA in glorious Makerspace red (well, some kind of red anyway!)

Here’s the Ultimaker, making away, at 25% infill. 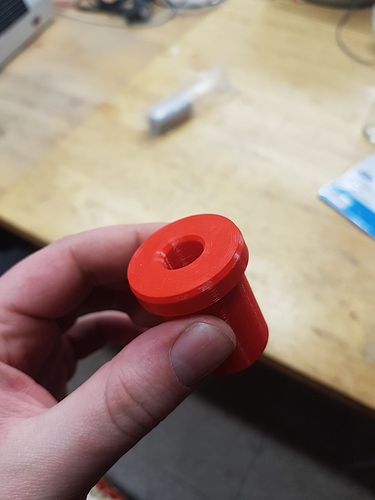 Although it’s not obvious, the top (which was face down) flared out a bit. Barely perceptible. 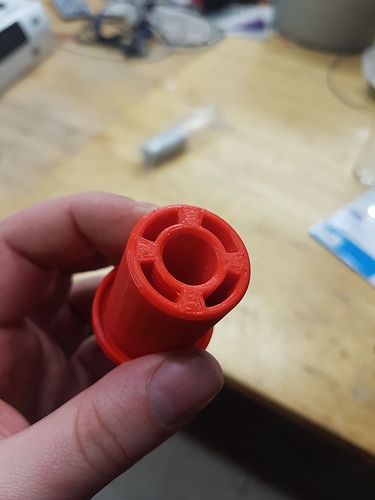 Looks good! And once I got it home, it’s only gone and worked perfectly! 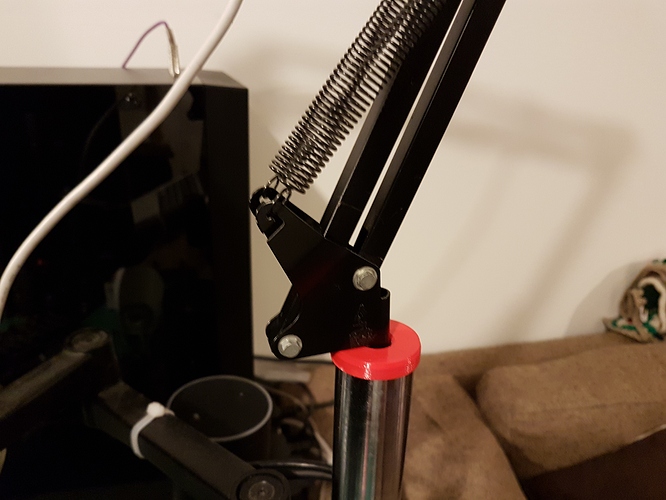 Things that are notable from the filament: it comes out very lustrous - a very pleasing surface straight from the printer. No blowouts as far as I can see, and the surface came out very smooth and even. It’s also pretty strong too. Considering getting some of my own.

2 Likes
Up for grabs: three - now ONE - anglepoise-type desk lamps