Console table for the hallway in my flat

This has been a massive learning project for me and my first attempt at mortises and tenons, and comes right on the back of my recent desk build. I’ll post more pics as I wrap up the project.

First step was to glue two boards together to then cut down into the table leg blanks. I then clamped together a mock-up to work out what I wanted the final dimensions to be: 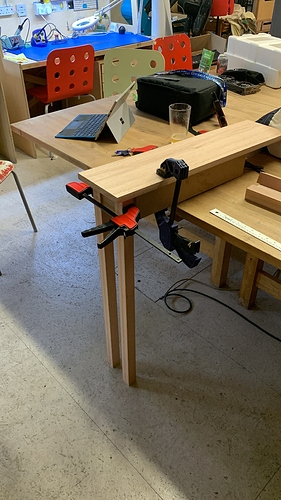 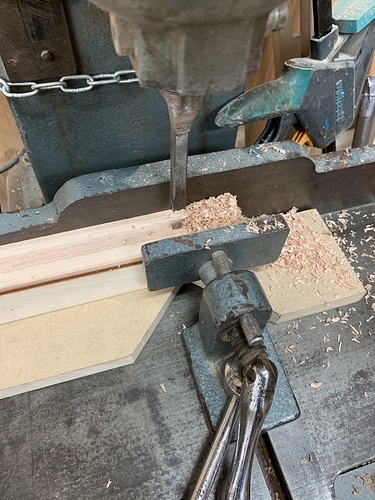 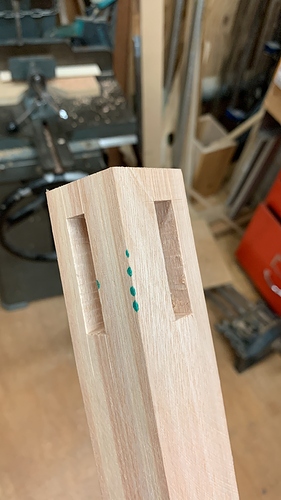 EA6AFDF7-8F63-4409-A853-14CEDDD433DC.jpeg2160×3840 1.24 MB
Unfortunately I didn’t get a pic of the jig I used on the table saw to taper the legs - it was pretty simple! Thanks to @joeatkin2 for the tips, I was going to make something overly complicated. Next up was cutting the tenons on the band saw. I didn’t trust the fence we have on there, so I clamped down a squared piece of wood, which helped: 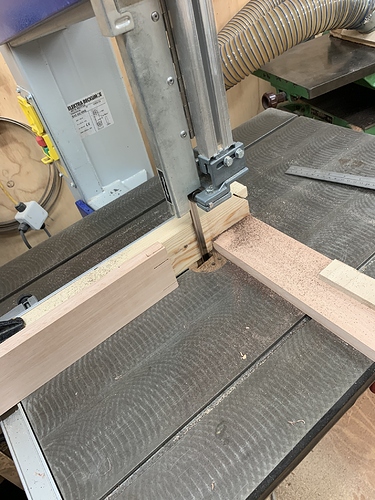 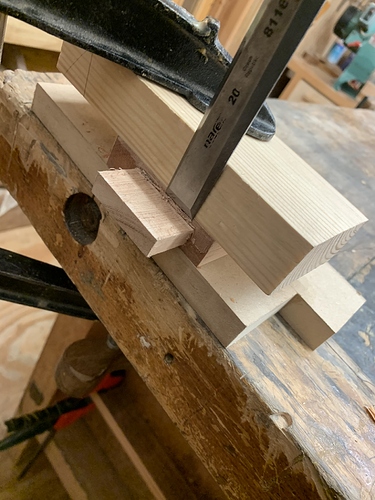 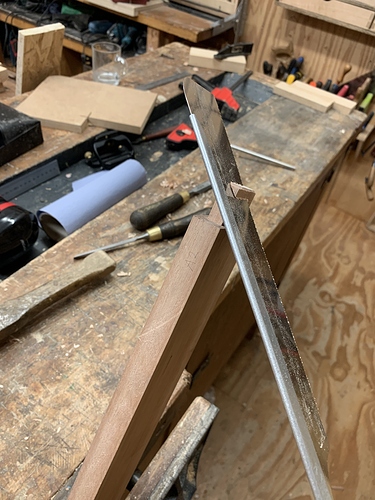 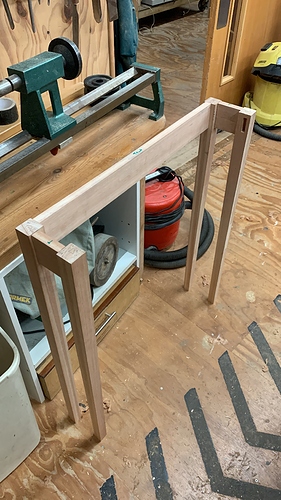 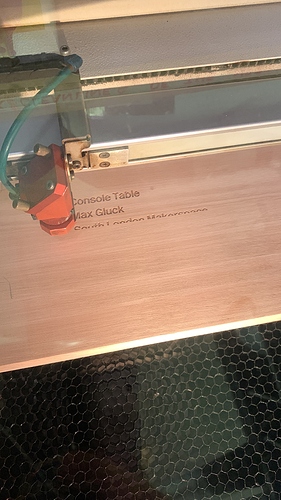 As far as gripes I’ve had with the project, I accidentally cut all four legs exactly the same instead of reversing two of them - this makes it so that one glued and one solid leg edge face each direction. The other one I’m trying to figure out is the presence of a bunch of small black inclusions in the wood - I’m trying to figure out if I did something to make these appear, or if they were always there - I’ll add a picture of what I’m talking about later.

And here are some of the final pictures: 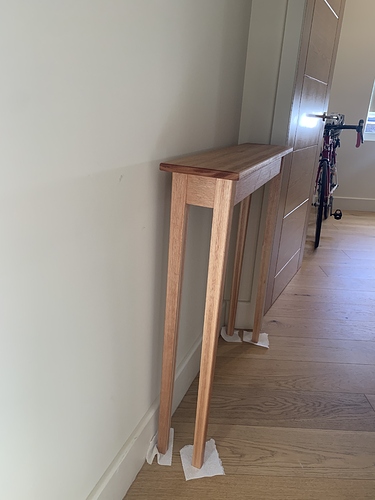 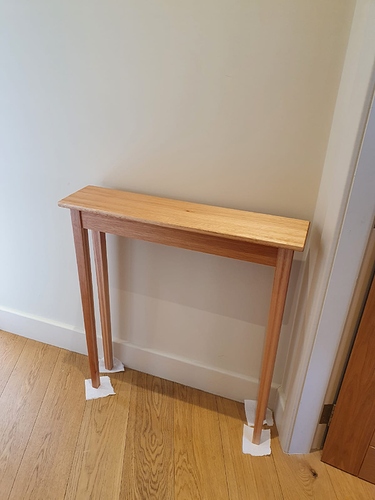 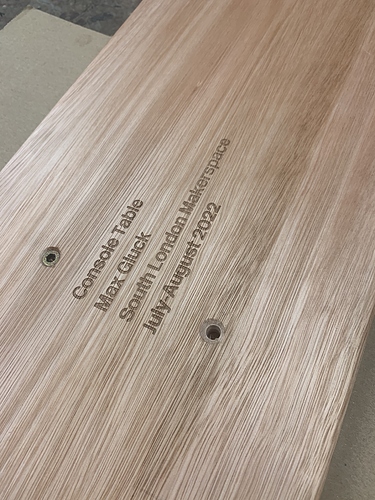 That looks great! Will it be attached to the wall at all? or is the area low circulation enough that toppling won’t be a problem?

Thanks! Yeah the floorboards under it bend a bit when you walk near so it tips slightly, but it needs to come a decent way away from the wall before it tips.

Mate, I’m going to have to start coming to you for tips