Starting from a pretty horrible version of my toolholder, I decided to give it another shot, and here are the results: 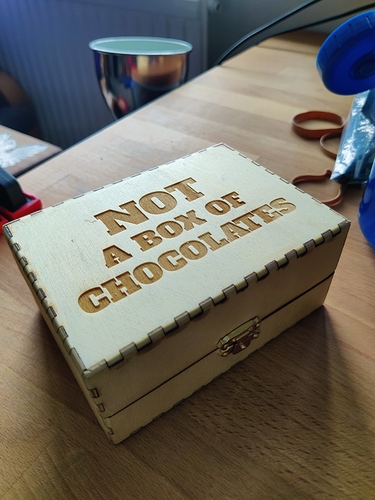 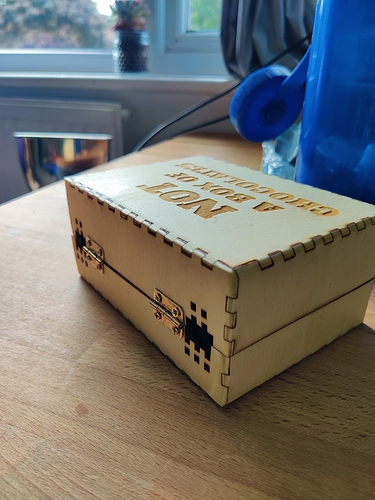 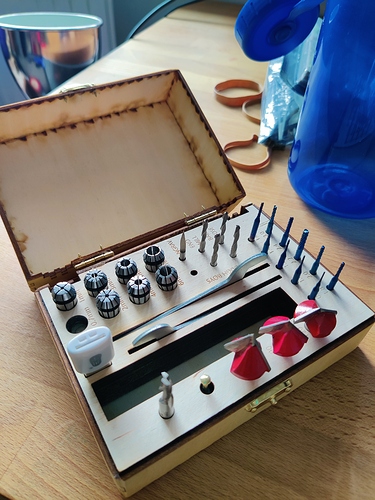 The file used to cut the insides is this (kinda, this version doesn’t include text etc, but it’s close. Also ignore the fill. Top layer is left, middle is middle, right is bottom layer), and 8 or 9mm:

As before, the outside (ie, the box) was cut with the online thingie once I knew my dimensions. 3mm ply.

The layers have holes spaced to let tools go down further or not (accounting for tool height). Between each layer, there are magnets placed systematically to hold tools down (made really shallow holes with the drill press on the bottom-side of the layers to store the tiny magnets, like this: 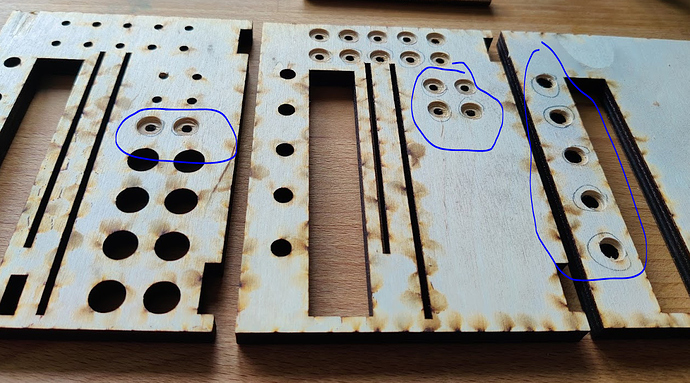 All in all, it’s a big improvement. It’s functional and does what I need for now, but yeah… tons of problems still. Final reflection is that I made several mistakes even after checking , rechecking and doing due dilligence. I guess this is where experience comes in, but it is really disappointing. Oh well, perfect is the opposite of done, amirite?

Yes - perfection is the enemy of “good enough”! Nice work!!

They are some smoooooth edges! It looks good, pleased I proved inspirational

Yeah, one of my fave quotes there