I had a spare hour yesterday and thought it would be a good idea to get some hands-on experience with the laser cutter, ahead of producing a moving gift for some friends!

Someone posted a link to a logbook style journal of their project progress and that has inspired me to give a little insight into the mistakes I made yesterday while playing around.

Goal of the session:

You don’t need to crop the design in inkscape to the “page” size, Ruby does that for you

For custom fonts, convert the text to a path in Inkscape, and then you don’t have to worry about whether Ruby will be able to display/use the font.

So I got another 45 minutes with the laser cutter tonight and thought I’d try out a few more bits and see if I could eliminate some of my mistakes from the other night.

I realised I hadn’t shared the actual design (which is still evolving). I imagine a two-three layer finished product:

The layers will be bonded in some way (wood glue likely), then finally some markers to represent where my friends have lived over the last 5-6 years, and will be presented to them once they’ve moved into their new home - imminently… 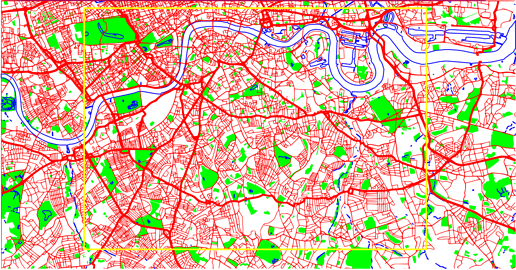 Let’s just hope he doesn’t find this thread, cus he lives just up the road…

Goal of the session:

Nice! Take a look at this London Map project another member did a few years back - may give you some ideas!

[image] Fresh from the Openstreetmap Mines, comes this hideously detailed vector map of London. I’m sorting and tidying all the layers and intend to eventually assemble a 2.5D map of the city with the underground and railways picked out in separate layers, diving through holes in the “ground” where appropriate. Some experimentation will be needed before I decide on a scale. I want to go as wide as possible on one cutting-bed-sized sheet, so I predict lots of spindly cuts of tube lines that snap…

I won’t lie - that post is what inspired me to do this project! But I certainly don’t have the graphics skills to pull off what @tomnewsom was able to! Hence, my simpler, and beginner-friendly version…