Hi everyone! A while ago I posted this: Light up staff, looking for help and I’ve finally finished it!

My project was to make a steampunk version of the character Mercy from Overwatch, but I had no idea how to make the staff light up and move, so I joined the Makerspace to get some help with that. 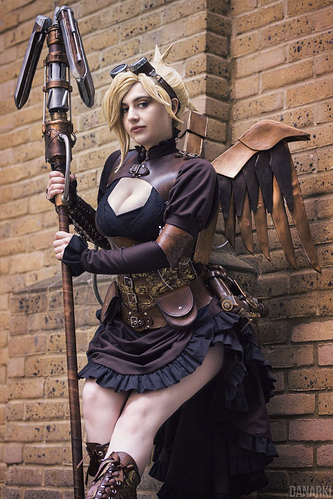 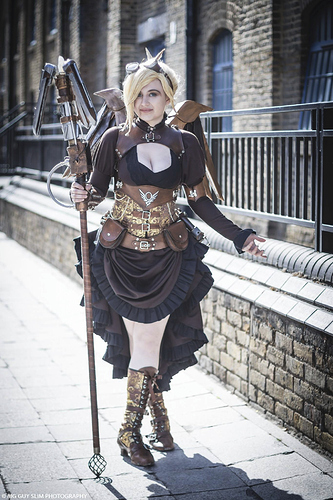 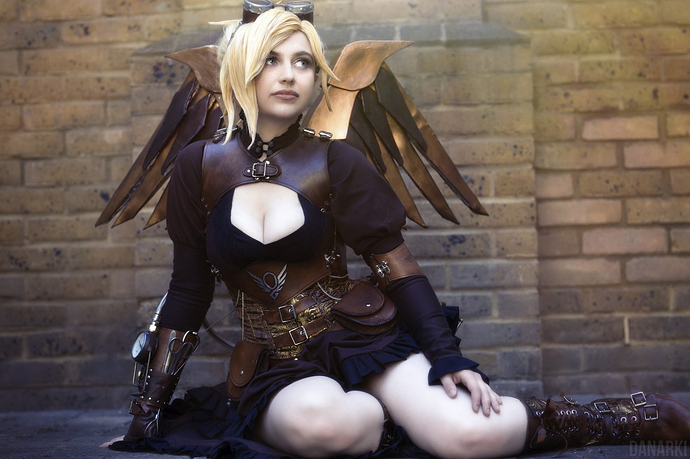 And a video showing the movement of the staff and wings:

HUGE thank you to @emuboy for all the help with the staff! He told me exactly what I needed for all the electronics, and helped with connecting it all together (and when I say helped, I mean pretty much did it all himself… though it did require some considerable rewiring at home to get it to all fit in the staff!). This is what the inside of the staff looked like before I’d put the cover over it, the black box underneath is the solar panel, which is hot glued on. The blue container is a spray paint cap, and the motor is inside that: 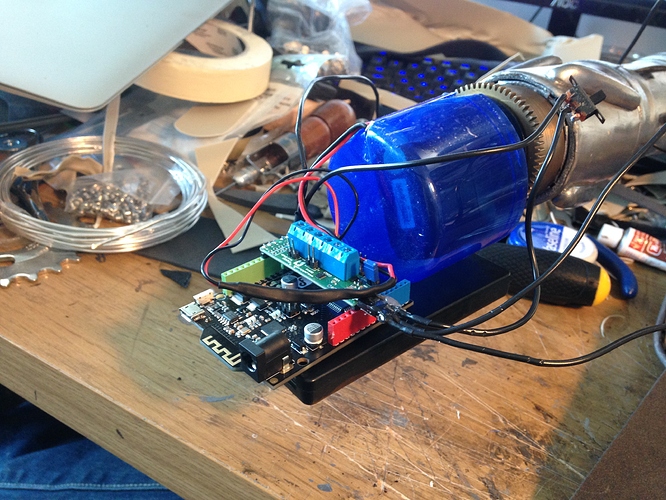 Here’s a better video of the movement of the staff:

The other thing I did for this costume in the makerspace was the laser cutting on the leather arm cuff. This bit was originally part of the shoulder harness until I changed the design, then someone pointed out it would fit around my arm as well, so that’s where it went! I also made a matching wrist guard to go with it (though that wasn’t used in the final costume): 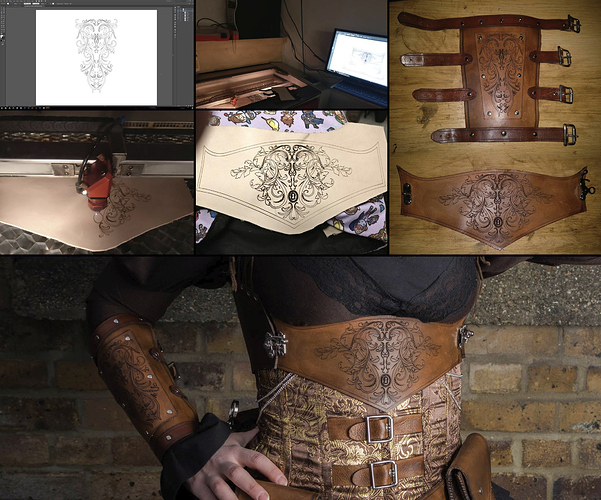 The wings are a pulley system, each ‘feather’ is attached to a length of steel rope, which is connected to the arm guard, so I move my arm out to open the wings. 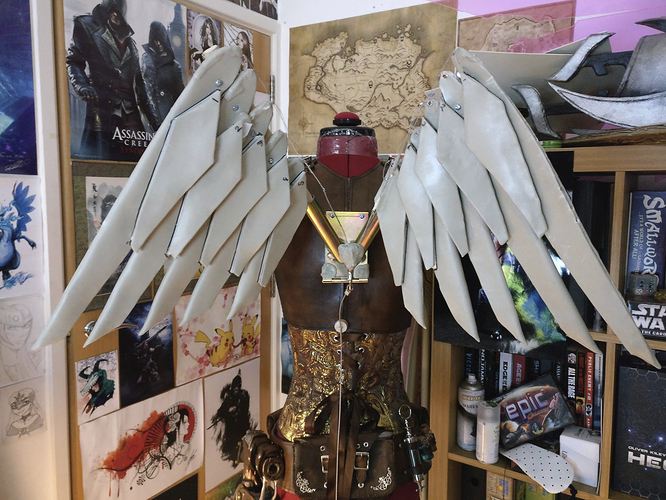 The wings themselves are made of foam and Thibra, a thermoplastic. 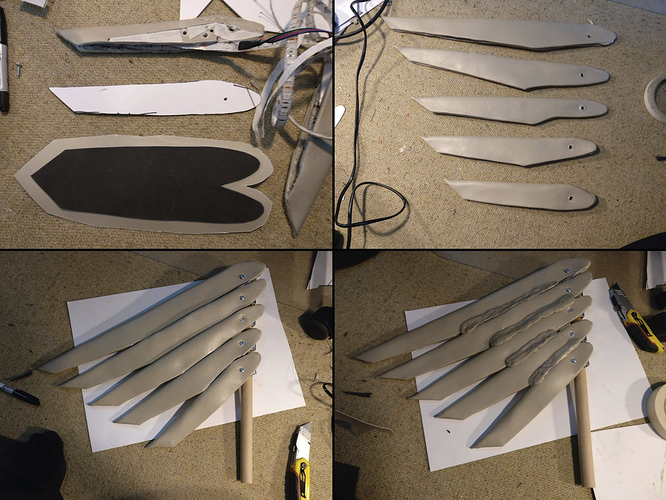 The rest is all sewing and leather work, none of it was done in the space, but we all love WIP photos anyway, right? 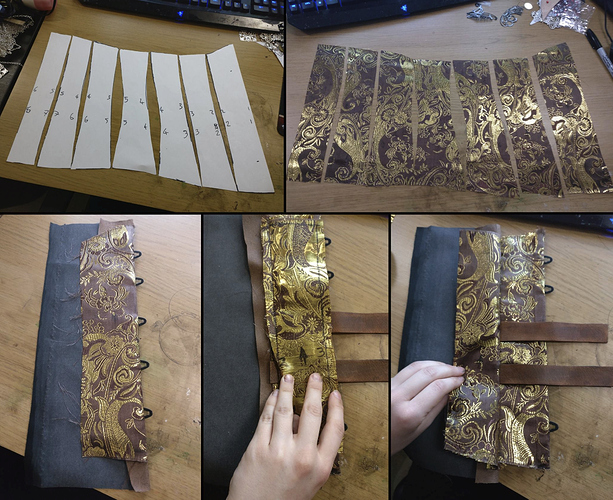 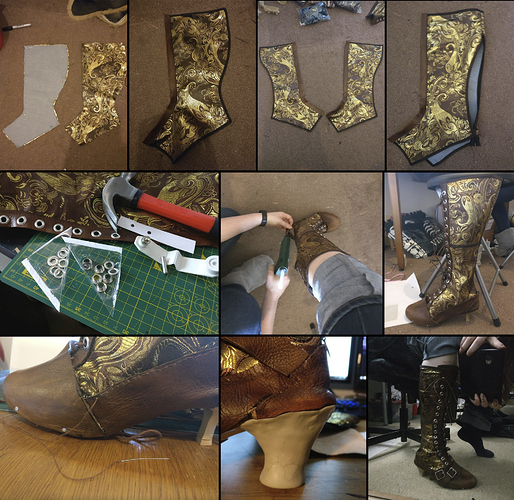 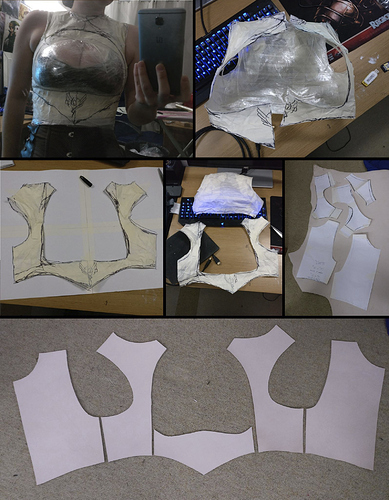 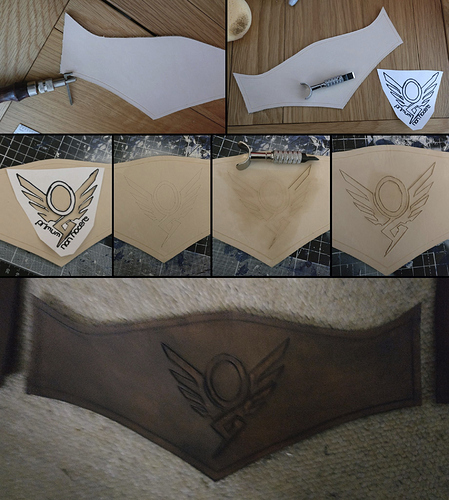 I also have a gun (you can’t see it much in the pictures, but it is there!), which was mostly made out of random bits found in B&Q (the black bit in the middle bottom picture is foam and Worbla, another thermoplastic): 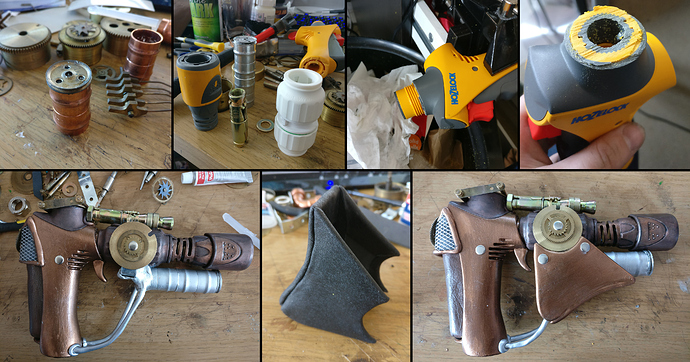 I think that’s pretty much everything! I’m planning to remake the staff and wings since they were both pretty rushed. I’m thinking of 3D printing them, really looking forward to learning to use the printer for that!

Anyway thanks for looking, hope that wasn’t too many photos!! If anyone’s interested, I’ve got more photos & WIP shots here: https://www.facebook.com/DemoraFairyCosplay/

i main mercy. this is amazing

The dedication in this project is really inspiring, it’s a lot of work using so many different techniques and technologies, well done!

TBH I’ve been happy to help with the electronics side, more happy that you managed with the software by yourself

That is all spectacular and you look amazing!

Just seen these! The cosplay looks great! All that hard work certainly paid off