Over the last two and a half years since I got back into woodwork I have been putting together all the hand tools I need to make wooden ware and furniture. I have all the flat work sorted with the exception of a no 4 or no 3 bench plane. So I have turned my attention to curved work and spokeshaves seemed like a good starting point so I bought this nice record curved sole 151. I already have a kunz curved sole spokeshave. After all the tune up possible it still refused to work. The lever cap can’t be made to fit correctly because there is insufficient metal so I took the very last option in curved sole spokeshave tune up. I ground the area across the mouth flat. Yes that’s right I ground it flat. It is a course of action only used as a last resort. It made no difference at all. I thought I was getting a bargain with the kunz. I wasn’t, I have since seen plenty of people reporting similar results with kunz spokeshaves. Some function some don’t ever function. It looks exactly the same as the record. Happily the record actually functions sufficiently well to allow me to do what I need to do. It’s not perfect though, curved sole spokeshaves often chatter a little bit on most of the cutting but it doesn’t stop the tool removing the wood you intend. I will give it a tune up but I don’t expect a huge improvement. As usual trying to save money cost me more in the long run. The record only cost me ten pounds. There was an almost identical Stanley but the machining was awful and the blade despite clearly being the original branded blade, was incredibly thin. I would love to make a comparison between the two. Anyway check out the photo. The two pieces look identical , it would be impossible to distinguish the working spokeshave from the tool shaped junk. It’s a jungle out there brothers and sisters! 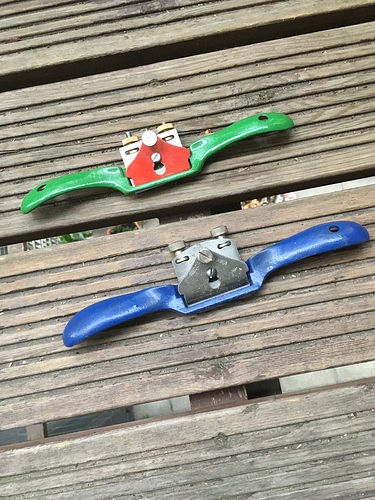 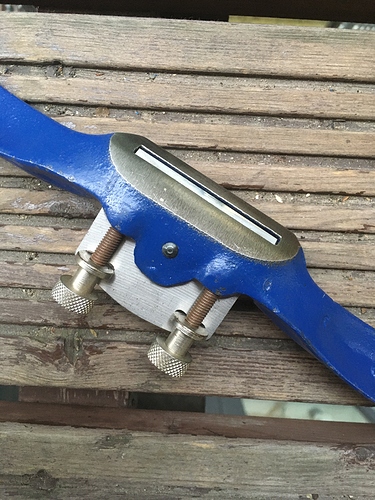 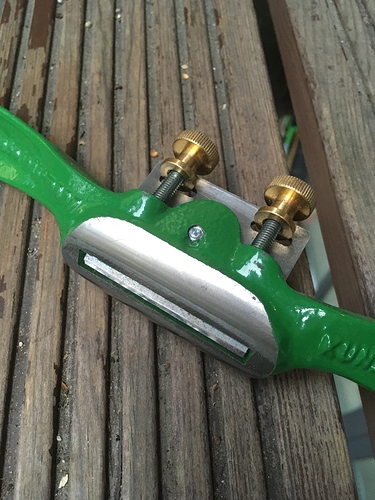 I have several record planes. This is the only one which hasn’t required huge amounts of tune up and works from the start. It’s nicely put together and significantly better machined than the Stanley. However I would really have appreciated being able to compare the two because maybe those wafer thin Stanley blades function better?