Techs at Institute of Making (via Zoe) pointed to this company, who apparently do 0.3mm PETG

Just spoke to John Wright – so everybody give him a break. He’s sending me a direct email address for someone to send specs and he’ll check in the morning. Doesn’t stock the thin stuff but reckons he can get it

Also (all from Zoe and co):

Hi There, Julien from Batch.works/Machines room.
Joining the conversation as things are moving on our side as well.

Thanks @Dermont for the update on the sheets

Any supplier for the foam tape yet?

@Mark_Mellors - I’m working with Lucy and Floyd who have been working with the Makespace in Cambridge and have the contacts at Adenbrookes. I am looking to produce the Winconsin/Delve design at scale using large manufacturers but this will take a bit more time. I was CCd on an email with you yesterday!

I won’t share the list of people I’m speaking with yet to avoid multiple requests, but they are “converters”/assemblers, creating foam+plastic products at high volume, some up to 3 million parts per week.

The shorter term plan for a makerspace or lowish production volume might be to use the converters raw material SUPPLIERS for plastic film and foam? If we could get some rolls delivered then maybe these could be cut via laser in makerspaces or manually at home. I’m not convinced about the scalability of this homemade approach but every little helps

Note that the Delve design (I’m calling it that rather than Winconsin) specifies PET rather than PETG. They would have preferred PETG as it survives Xray (not sure why needed) but PET is more readily available. Thickness anywhere around 175micron (0.175mm) should be good.

The Huge suppliers are :

Again, not sure it’s worth trying these guys directly as the converters I’m speaking to take giant blocks of these film and foam materials and cut them into sheets and smaller objects. Hence me speaking to the converters first. Tomorrow I’m going to see if any of the converters could send rolls of foam/film to makerspaces in advance/in parallel with creating completely assembled shields themselves.

Also, the converters are also looking at elastic suppliers too .

This looks like a potentially tricky part for some of them. It maybe that they produce the shield+foam and we would then get the end user / hospital / makerspace to attach the elastic with staples.

So would be useful if someone had time to research this, e.g

Also, I’ve just seen that Delve have said that the foam they used is :

I’ve got some updated drawings from them too as have been in touch. Will upload.

I’ve given him the link. He also mentioned a local (to Makerspace) company that might have suitable materials (but I’m already out of my depth, materials wise)

@LDN_Makerspace @TeamMayku I had a long term relationship with psggroup.info/polyester_film… they're based in SE15, they have a lot of stock and will do custom slitting etc. One of their crystal polmex would be suitable for a face shield.

P.S. he has some suitable material and a laser cutter too

Some shields are described as reusable – what’s going to be the real world use?

This all needs a WiKi…

We also are connected to local business networks in Herne Hill/West Norwood, plus hundreds of railway arch businesses across the country (so a lot of light industry). If we know roughly what’s needed as a BOM (with leeway) I can share across those

How far have you got with your discussions with Floyd and Lucy? Have you agreed a spec? production quantities? Have they had a sample for feedback and review? That’s what I’m trying to get to, so we know what needs taking into volume production. I agree makespace production isn’t scalable but will be good if iterations are needed.

This is the spec I just made up, based on the Delve design, to get feedback from Sadaf:
These are the requirements I think need to be met:

I’m keen to try to side step the issues Prusa and @erikcederb are having with CE marking, by going through the Clinical Engineering and Innovation group at hospitals, I think this will work for Addenbrookes but not sure if it will scale to country wide supply. Do you know anything about CE and hospital supply chains?

In terms of specs, I’ve been speaking the the guys from Delve and they have based their design on an existing design and have iterated and validated it (a bit) with clinicians who are now using it. We think we just need to take their design and scale up in uk.

Again, this is the design we’re working to:

I’ve just created a Google form to get potential suppliers to list their capabilities. I’m going to

We are a small group of UK Designers and Engineers trying to scale the production of a simple design of Face Shield to help prevent transmission of COVID 19. Is your company involved with the manufacture or supply of: foam, clear plastic film,...

This also includes basic specs/ranges for each component so should get us moving.

I’ve got a few suppliers who can convert all the components and assemble. First quotation is £2 at 1000 off, £1.80 at 10000 but need to confirm lead times with them as they need to make some tooling for die cutting.

I don’t any experience with hospital supply chains. CE marking is not going to happen for this but hoping that hospitals can take what we give them. Funding is the other issue here, but there is a VC thing in progress with others here. 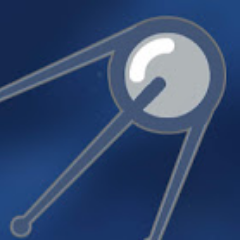 Good news! The Swedish Work Environment Authority (Arbetsmiljöverket) has changed its opinion on 3D-printed protections and now allows hospitals to use them. @josefprusa #OpShieldsUp @masksfordocs https://t.co/Eg0P6Mq175

We have a request from an hospital in London. Do you guys found bulk supply for clear sheets (acetate or petg).
@Dermont did you get anything from John?

On the other side we are designing a shield that we can produce 24/7 at Batch.works using automation.

Still looking for the tape.

I didn’t contact anyone as I don’t have the knowledge around exactly what’s needed, especially scope around the parameters (I joined you guys on a private message, but that might not have shown up)

@barrylillis @Mark_Mellors did you make contact with any of these suppliers?

@Julien_Vaissieres can you please share details for the request from the London hospital? I’m trying to build a case for companies to help for free or at cost and though they are willing, they have large costs to bear. Official letter/comms from NHS or someone who has some authority will help the case. There is no govt funding I can see for this (YET!). Email me barrylillis@gmail.com if easier.

@Dermot thanks for following up, I meant to say that I did contact John today by phone and email but no response as yet…

I’m trying to access to the bigger suppliers of PET via our foam and plastic “converters” and am trying to arrange for rolls of 175microm PET to be made available. The trouble is that the converters have to buy 100s of metres of the stuff costing £3-4K minimum order quantity . Some have some stock so looking into it all.

Also, 175 micron thickness is for building the foam Delve design. Is this too thin for the Prusa version?

FYI one manufacturer today quoted production of 10K units at £2 a pop. Another claims to be able to make 100 units PER MINUTE on an automated production line. Would take some time to set up though, but both making Delve samples this week.

NHS on recent deliveries – no idea if these are significant quantities, and whether any face shields are involved 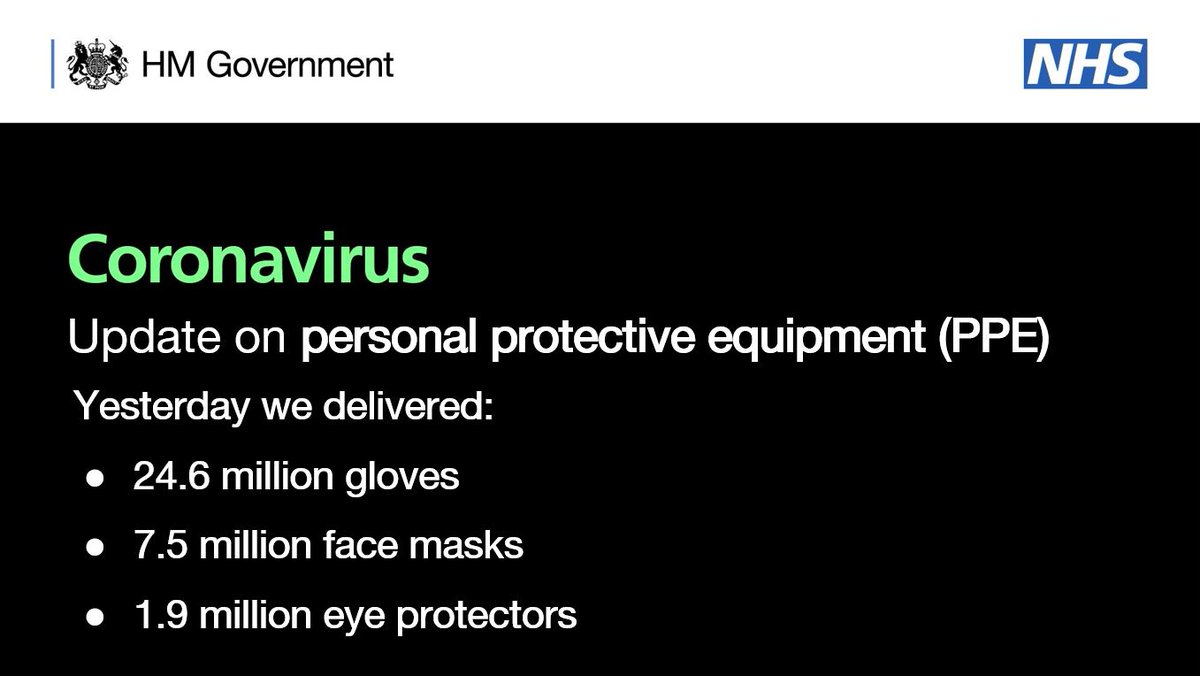 Unfortunately I can’t tell which hospital as I’m not the direct contact but it’s a close contact to the procurement team. Gov funding would be a good one but as you said nothing yet…

We are doing our own version of the shield (released soon) no elastic band required and a breathable design around the head instead of flat band. We are using a 3D printed adjustable clip system at the back. Our aim is to have a shield that is more comfortable and durable (replaceable PET sheet)

With our current setup we would be able to produce at least 240 shield per day. Cost would be around 3 to £4.

My name is Erica, I’m an LHS member. I’m currently in quarantine but hopefully will be out by Friday. Hope you’re all doing well. I’m happy to help in any way I can. I’ve already forwarded this thread and the Google form to a couple of doctors I know who are interested in getting some of this gear. I am also happy to help with assembly and/or deliveries as and when necessary…

Important design parameter from Zoe at Institute of Making: check they fit women! too much PPE doesn’t

If those who have made a prototype - get a woman with her hair up in a bun or back in a poneytaole to try it, to jog on the spot, to lean forward, to tip head back and forth. The shied should not move and not need to be fiddled with. Once it’s on it can’t require the user to keep adjusting.

Worth a watch to see the procedure of safe PPE use. One step I never did in dust mask extraction was testing outward air leakage (but it’s important in our current situation, as well as in clinical settings)

Anyone get anywhere with the clear plastic for visors?